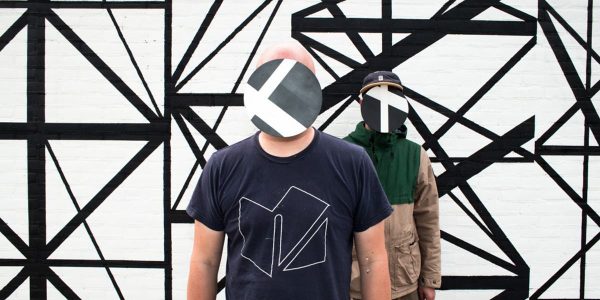 Gysbert Zijlstra and Erris Huigens derive their inspiration from the industrial or
urban landscape, in particular the strict functional character of steel structures, scaffolding and construction cranes. The temporary nature of these construction sites and the fact that they are not meant to be aesthetically beautiful fascinates them. The crane as the universal symbol of transforming cities, and the key element of Graphic Surgery’s visual vocabulary.

Increment relates to a mathematical term, meaning increasing in number or quantity, like an addition or contribution. In contrast to their previous murals, paintings and collages that suggested a certain dimensionality, Graphic Surgery’s new series contain physical depth, an element that seemed inevitable within the progression of their work. The duo experimented with extracted geometrical, linear compositions of paper and wood, combining craft and a modern techniques, like lasercutting. By intuitively rearranging these layers on top of each other, they created reliefs, not in a three dimensional sense, but a deepened or incremented form of two dimensions.

Have a look at HZGSJK-Exhibition

The brand new Increment works that will be shown at Golden Hands Gallery are part of a sequence, a transition from white to black over the course of serial works, revealing a subtle balance between positive and negative space.