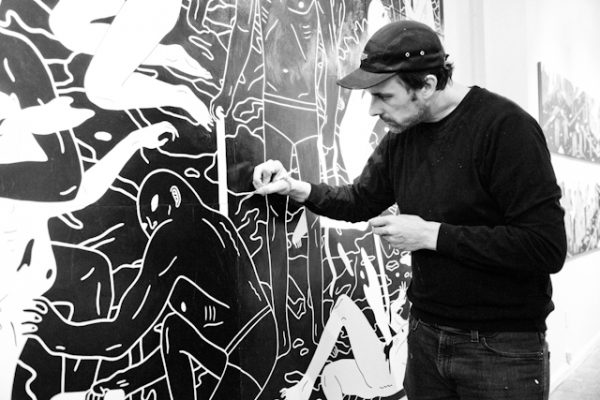 Cleon Peterson is an LA based artist whose chaotic and violent paintings show clashing figures symbolizing a struggle between power and submission in the fluctuating architecture of contemporary society. The imagery of Cleon Peterson is not only strong because of its striking visual quality and its relevance to our world today. Although all too easily associated with the barbaric sectarian violence in the Middle East and escalating excrescence that is the current geopolitical turmoil, it’s also deeply rooted in Western cultural history, from the classic Greco-Roman vases depicting warriors and battles, to the marvelous decapitation paintings of Caravaggio and violent masterpieces of Goya.