SPIRITUAL LETTERS is a film about the berlin based artist Mr. Paradox Paradise.
This unique project is self-distributed, independent and financed through a crypto-currency platform,
making it the first film to go this way.

It tells the story about an urban calligrapher, climber and trainsurfer and takes you behind the scenes of the relationship between art, letters and spirituality on the walls of Berlin.
Seventy minutes full of adventure and breathtaking views are awaiting you in the exclusive film screening
at zeise kinos on the 21.09.2021.

Take a first look on the movie by watching the trailer below and click here
to get your tickets to the only show in Hamburg.

We are looking forward to see you at the screening.
Your Golden Hands Team! 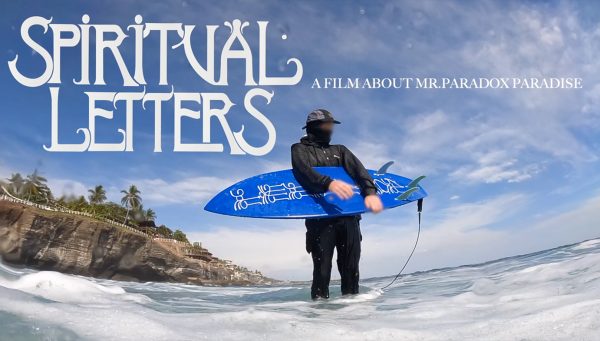 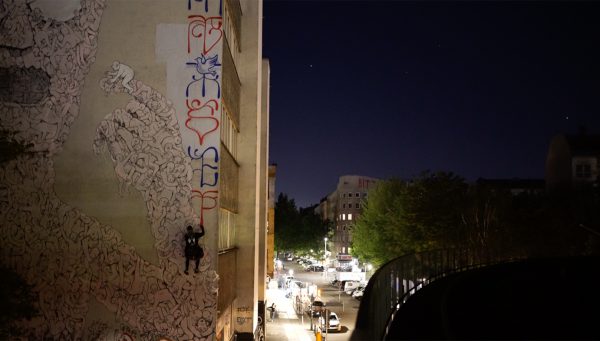 we are very happy to tell you that we are participating at the Positions Berlin Art Fair from the 9. – 12. September 2021. We will exhibit works from the artists LUGOSIS, RACHE and MOSES & TAPS™.

Visit this link to get your tickets!

We look forward to seeing you, 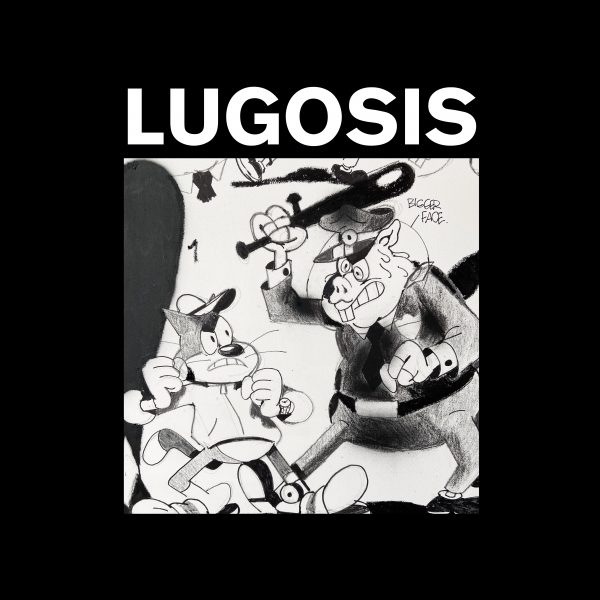 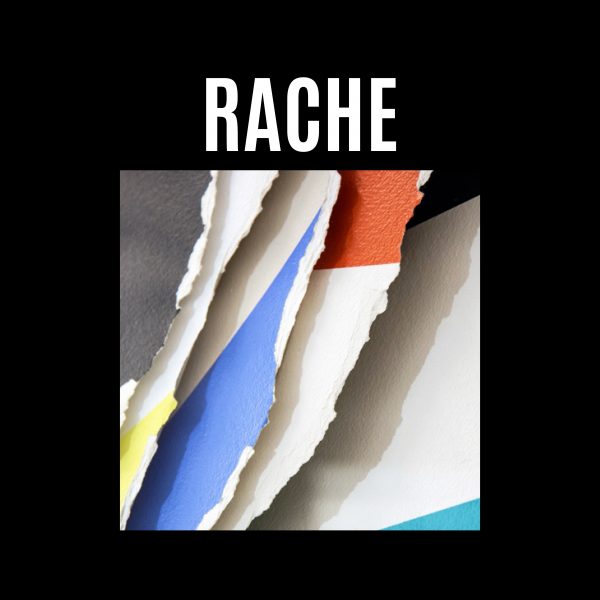 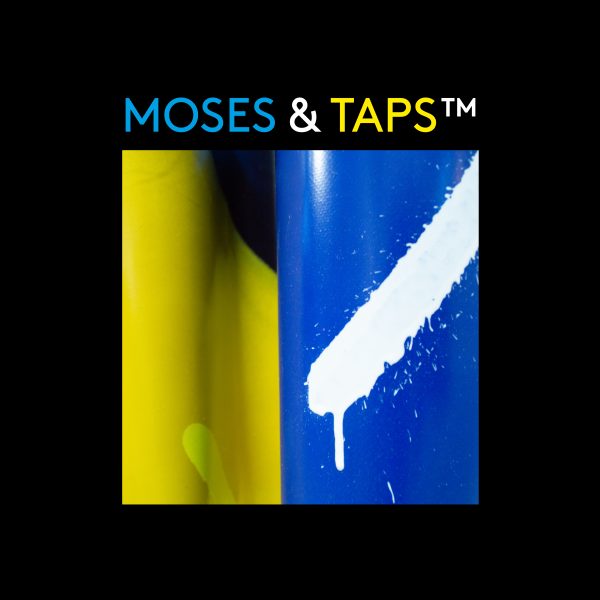 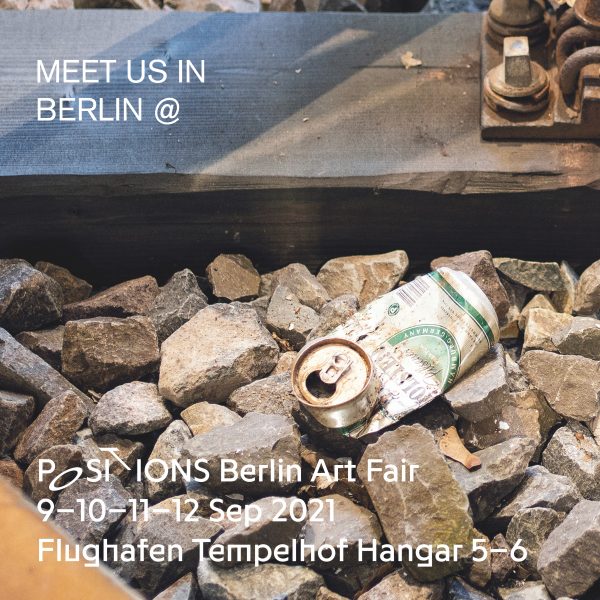 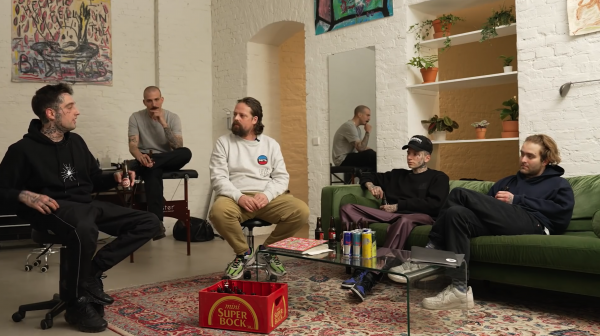 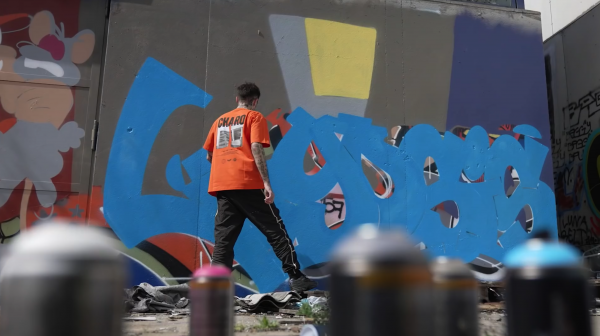 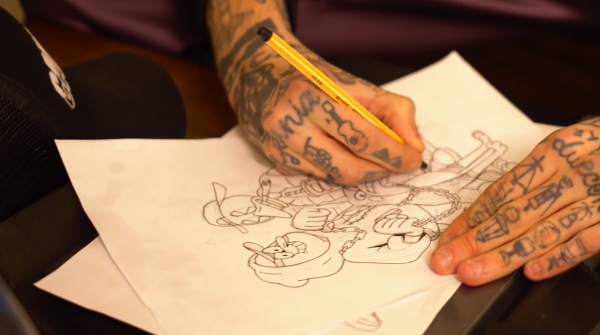 we would like to thank everyone who came to the opening of MURMURATION MAN by SOZYONE today. For those who couldn’t make it, the artworks can now be viewed virtually in our showroom. Of course you can also visit us during our regular opening hours on Wednesdays – Fridays – Saturdays from 1 – 6 pm.
Please feel free to contact us for price enquiries or other requests at hello@goldenhandsgallery.com.

The day has come.
Join us to open the exhibition MURMURATION MAN by SOZYONE today from 6-9 pm.
We can’t wait to share the evening with you and are looking forward to your visit.

Tomorrow, 14.08.2021 is the day:
Together with the artist SOZYONE we will open the exhibition MURMURATION MAN.
Between 6-9 pm you can take a look at the new artworks.
There is also a new episode of INTERCEPTION in which Christoph Tornow accompanies the artist Christian Hoosen in Berlin. You can watch the episode HERE.
We look forward to your visit! the preparations for the third exhibition by SOZYONE are almost finished
and on Saturday, 14th of August 2021, the time has finally come:
from 6-9 pm we invite you to the vernissage of MURMURATION MAN
to have a look at the new artworks.
We are happy that the artist will be present at the opening and we are looking forward to your visit.

the exhibition GRAVITATION by the artist ASTRO is coming to an end.

We are looking forward to see you!

Dear art lovers,
you could already see the unique artworks of Pablo SOZYONE Gonzalez in two exhibitions at Golden Hands. Finally, the time has come again and the third round is about to begin.After “Forever Young” comes
“MURMURATION MAN”Defined by techniques, shapes, colours and stories, the exhibition will be an experience. Even more we are happy to announce that Pablo SOZYONE Gonzalez will join us for the evening on 14.08.2021 from 6-9 PM.We are looking forward to nice evenings, wonderful conversations and finally interaction again!Your Golden Hands Team!

A vision is at the origin of this new visual approach of Sozyone, designed for the exhibition “MURMURATION MAN” at the Golden Hands Gallery.
“I grew up downtown and have always been intrigued by birdwatching. I find birds’ aesthetics and behavior often hilarious. I have seen sparrows steal chips and crumbs, pigeons with broken legs fight over a bite of plastic between two cars. Proud crows howl at swans in the large fountain to defend their little island.
When observing birds we often come across people, some, usually alone, walking in a park with a bag of stale bread and suddenly find themselves surrounded by the hundreds of hungry birds who have recognised the bag.
One evening, I saw a man feeding all the pigeons and sparrows of the aera, he was standing in the middle of a circle, his bag appeared to contain an entire bakery. Then I saw a dog also watching the scene from afar make up his mind and walk towards the carpet of doves. His belly touched the ground as slowly, step by step he approached until he launched at the feast. The man was unaware until it was too late. In a second he was lost among the chaotic flailing of wings, feathers, sand and bread.
The band of pigeons flew into a whirlwind slapping at their provider in an impressive airborne ballet. Then a sublime phenomenon happened. The birds flying freely danced to compose a surreal murmuration creating the portrait of Marius Jacob, the greatest of anarchists. A second, it only lasted an instant but he was there in front of me.
And then, nothing, just the old man shaking his lousy jacket.”

Pablo Sozyone Gonzalez has been working on the line, the form and the rhythm for over 25 years.

Growing up in modest circumstances, fleeing Franco’s dictatorship, his autonomous thinking developed to do what he wants and where he wants – in his hometown of Brussels. In 1988, at the age of 15, Sozyone meets his artistic partner Smimooz, they start tagging everything and everyone, rhyming and launching the hip-hop trio “De Puta Madre”. In 2004, Sozyone ventures into the galleries and presents “One Million Murders” (Alice Gallery). Between 2003 and 2013, he focuses on a single concept: ‘La Voyoucratie’ (the gangstacracy), portraying the most beautiful specimens of the ‘milieu’: the French anarchists on bicycles or in BMW’s, the German terrorists of the 70’s, the old hangovers on the docks of Marseille, the red Spaniards, the street gangs of New York, the thieves in white gloves of Place Vendôme….
A romantic universe flavored with poppies and gunpowder, where the profile would have a broken nose and grim eyes. In 2013, Sozyone and Jaba Mathieu embark on a 2-year adventure. Between Singapore, Los Angeles and Valencia, they will develop, write and finish “ENEMIES,” an intergalactic graphic novel with 142 pages of hardcover. (Ankama Editions, oct. 2015)
In 2015, Sozyone opens a new chapter: ‘The End of Times’ A reckless universe where peaceful characters wander en masse, aimless but alive in the center of a cold city, awaiting a terrorist attack or a destructive wave, phone in hand, hoping to immortalize the moment, whatever it may be. The series “The End” describes these pre-apocalypse moments.

“When I was 9 years old, I thought about death all the time, I waited for the catastrophe, the accident, the atomic bomb that would blow up the city, I imagined a lava flow, I saw myself walking through the ruins of the Rue Royale and the mangled bodies of my schoolmates. I had seen a documentary about Hiroshima and told myself that they must have seen the end of the world, the end of humanity, the end of the universe…. But they hadn’t seen it coming. I paint those few moments before the end, the last second, that precise moment when man, man is in harmony with the cosmos.” Interview between Sozyone Gonzalez and Arturo Tortura

Sozyone finds inspiration for his works in the urban, the streets of the big city and the crook milieu. Thus, masculine portraits of a somber character are often the subject of his works, as well as bird motifs, as a reference to the thieving magpie. In the course of his creative process has crystallized its own technique, with which he gives his subtle art the appropriate expression. For the works on canvas, he uses acrylic paints that are sprayed or applied with a brush in a layering process. Drawings, collages of cut-outs and prints, and sculptures in bronze and wood complement his exhibitions. His works all follow their own rhythm, which is key to his flow. The result is intense works full of contrasts that harmonize within themselves. 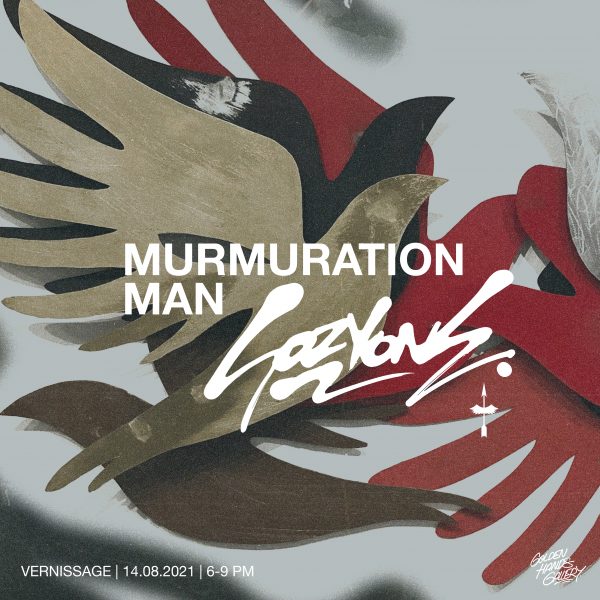 Dear art lovers, our current exhibition GRAVITATION by @astro.polygon is coming to an end.
We want to share this moment with you at the finissage on Friday, the 06/08/2021 from 5-9 pm.
No booking required!